TIME:
Check In - 4:30 p.m.
Games will start at 5:30 p.m. Times and court assignments are only listed for the first set of games on each court.  Subsequent games will then be assigned, in order, to the next available court.

DURATION OF EVENT:  Teams that continue to win should expect to play past 10 p.m.

ROSTER LIMIT:  Teams consist of 2 participants.  Companies may have up to 4 open teams.

ELIGIBILITY:  All players must be regular employees (full or part-time), interns or retirees of companies registered for the Nebraska Corporate Games 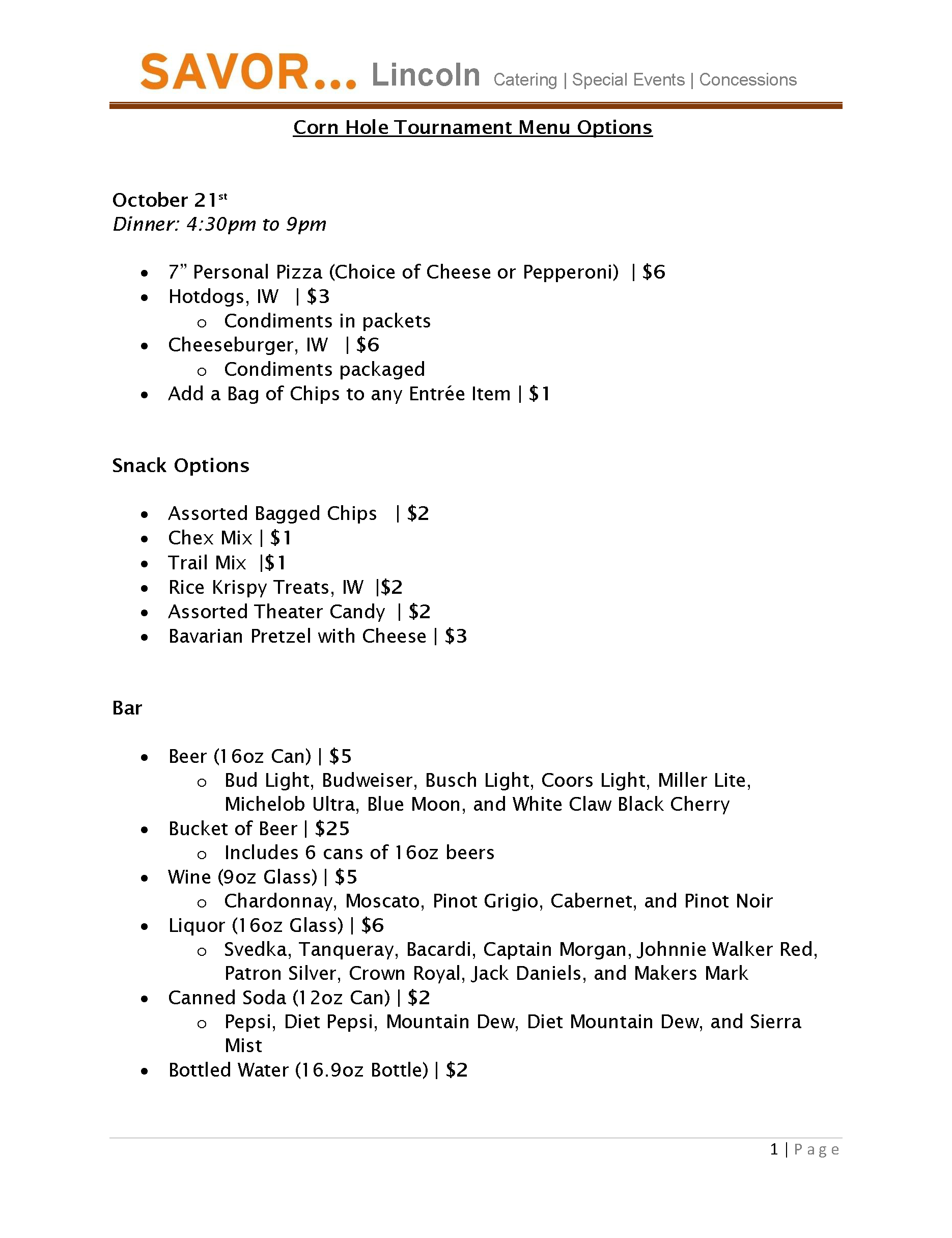